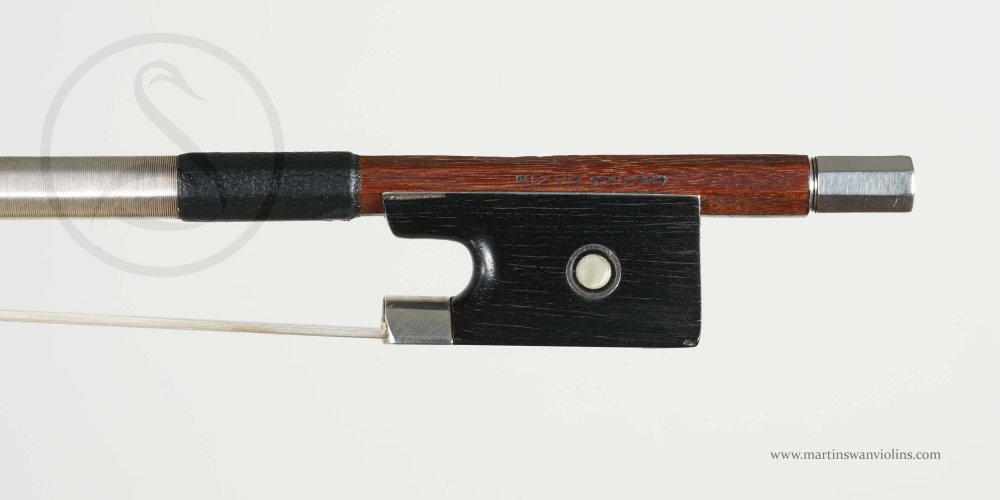 Charles Bazin was the last of a long line of Mirecourt makers, working alongside his father Louis Bazin for most of his life. He was a very consistent maker, and this bow is a superb player as you would expect.

Charles “le Charlot” Bazin was one of the last of the great French makers whose lineage stretched back to the 19th century, and his bows are still very close in conception to those of his grandfather Charles Nicholas and his father Louis. Perhaps a little less refined in execution, but he makes up for this in the quality of the wood and his understanding of the stick.

This bow is of round section orange-brown pernambuco with a beautiful flame, mounts are silver and ebony.

The condition is excellent overall – there’s a very small chip in the corner of the frog, a bit of erosion to the ebony around the pearl slide, and some finger wear to the stick above the frog, but there are no other issues and very little wear to the rest of the stick.

Five stars for this one…!

Look at other violin bows in this price range.