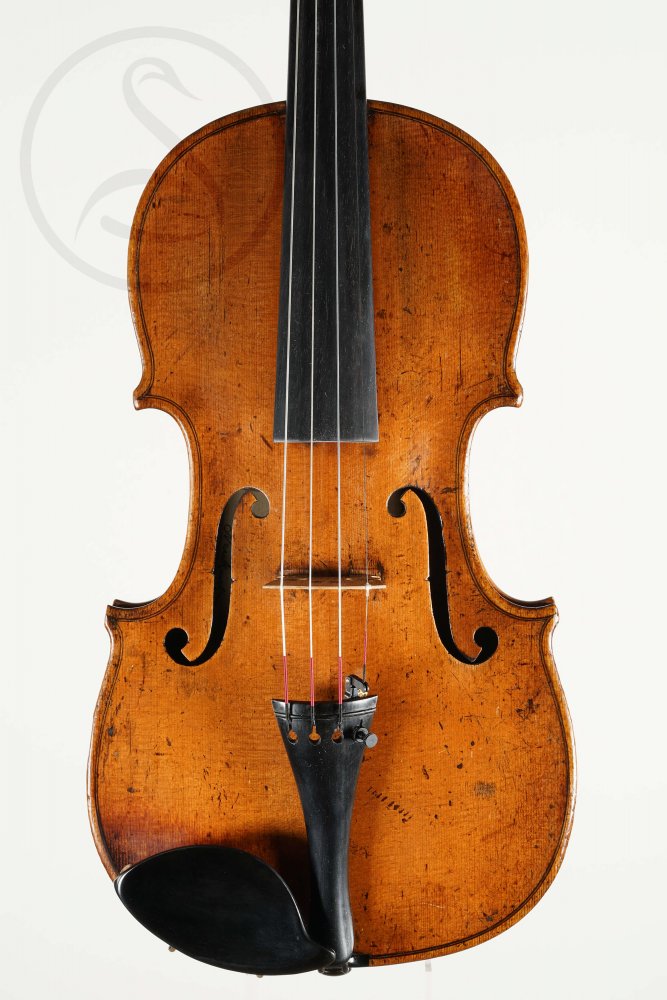 This is a beautifully preserved example of the work of Christian Wilhelm Seidel, an accomplished Markneukirchen maker of the mid 19th century. It’s a very flat model with a brilliant and carrying sound.

There were about 15 violin-makers in the Seidel family spanning 4 generations, but this model known as the “Seidel” is the work of Christian Wilhelm and dates from the mid 1840s. We can therefore ignore Paul Voigt’s helpful handwritten label which attributes the violin to Johann Georg.

Sometimes seen with 5-ply purfling, the model is very flat front and back and wide across the c-bouts. There’s a brand below the button and probably also on the inner back under the label. The scroll is very precise with narrow turns and fine chamfers.

The condition of the violin is excellent, the only issue of note being a discreet button repair. The typical yellow varnish is very well preserved, and there are no cracks whatsoever.

There is an unreasonable prejudice against German violins, principally because of the vast number of cheap student instruments that this part of the world produced around the turn of the century. Yet there has always been a higher tradition, even in towns such as Markneukirchen which became the centres of mass-production.

This instrument belongs to this higher tradition, beautifully made and with much thought given to the tonal qualities of the model. It’s a lively and responsive instrument with exceptional clarity, but also musical and full of character. All the words I can think of to describe the tone are s words – silky, silver, sparkly!

Very even in character throughout the range, healthy and well balanced, this would be a great choice for a talented young player who wants to be heard …