Martin, can you explain for me please – I’ve often heard that the price of a violin and its sound quality aren’t directly related. What, then, are people paying for when they buy a more expensive violin? Are they paying for its looks? Or its antique value? Or the quality of workmanship? Or its brand name? And perhaps the rarity of that brand name, if it’s an old violin?

I may be a bit utilitarian, but I don’t understand why musical instruments aren’t valued according to their sound quality!


Factors which influence the value of violins

Hi Cathy,
That’s a very difficult question! However, at its simplest, violins are priced according to how close they are to being a Stradivari (or a Guarneri del Gesu).

Geographical origin is the most important thing (Italian violins sell for at least six times the price of a comparable French or English violin, and German violins lag far behind). The other factors would be the quality of the craftsmanship (how well regarded the maker is) and the age of the instrument. After that, condition plays a huge role – a violin in perfect condition, but which sounded bad, would be worth twice the price of fantastic-sounding violin by the same maker which had a well-repaired soundpost patch.

If a maker has a family relationship with the Cremonese masters, studied with one, studied with someone who worked in Stradivari’s workshop etc. that’s a big plus. If a maker had the opportunity to study genuine Strads and copy them ‘in the flesh’ that would make that maker more highly esteemed.

I think the best way to think about it is as a sort of combination of the fine art market and wine.

The one thing that isn’t required in order to agree on the value of any violin is to play it. In fact most violin dealers buy ‘blind’, and end up with racks full of very prestigious violins which don’t actually sound that great.

Rarity is really not a factor – Stradivari was one of the most prolific makers of all time, and Vuillaume, who made thousands of violins, commands very high prices compared to better and less well known French makers of his time.

Nowadays there’s a lot of emphasis put on investment value, though for members of the general public this alleged investment value often turns out to be hard to attain. But a lot of violins are being bought and sold as tradeable commodities rather than as musical tools, and once again, the sound is very low down on the list of priorities.

How to choose a violin

As you may detect from my response, it all follows a rather strange logic which is fundamentally about collectability. When it comes to an individual player looking for a great sounding musical instrument, I think it’s best to ignore all that, and to resist the temptation to spend money unless you can easily afford it. Many young professionals end up mortgaging their souls in order to get a violin which will meet with the approval of their peers, and this seems to me to be a great pity, a bit like starting out in life with a massive student loan to pay off! 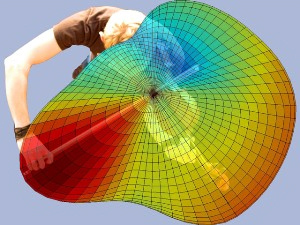 Sound radiation of a violin player. From How to Compare Concert Halls by Listening to Music