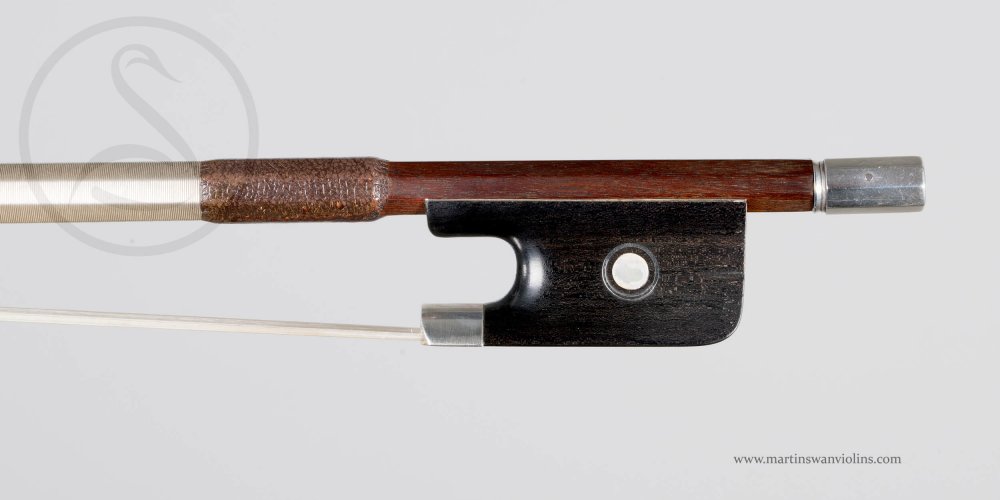 This is a rare cello bow by Louis Thomassin, co-worker and successor to FN Voirin. It’s a beautiful example of his work and in fine condition.

Louis Thomassin is far less well known than his first cousin Claude Thomassin, but his work is more refined, being modelled closely on that of his teacher and mentor FN Voirin. Louis Thomassin died around the age of 50, and only worked on his own account for the last 13-14 years. This is why so little of his independent production is known.

This bow was made for Paul Beuscher whose brand it bears. It follows the Voirin model and shows a similar level of precision in the workmanship, but the stick is a bit heavier and more robust than we would expect from a Voirin. It’s of round section chocolate coloured pernambuco with a subtle figure; mounts are silver and ebony.

The bow has had a bit of use but it’s nonetheless in excellent condition. There are minor string marks on the frog, a small filled dent on the player’s side of the head, a couple of tiny scratches to the adjuster,and a few minimal dunts to the stick.

Look at our other fine cello bows