The first great bow we ever sold was an Henry. With typical beginner’s luck, it came in the case with a nondescript Mirecourt violin that I bought blind for 200 euros. I was very happy with the violin, but the bow was a bit tatty and I was unimpressed. In my ignorance I hung it on a nail in the workshop – it sat there for a good six months before I finally showed it to Philip Thurloe, who was the bow specialist at Stringers in Edinburgh. He recognized it immediately, and recommended I show it to Paul Childs. Paul was due to be in London in a few months’ time, so I called him up to arrange a meeting.

For me the whole experience was slightly unreal, and at the end of our meeting in the Westbury Hotel I said to Paul that I didn’t suppose we would meet again. He wasn’t so sure “You know, most times if someone finds one Henry, it isn’t that long before they find another”. And although I’ve never had the same kind of raw good fortune, I’ve had many a meeting with Paul since then to show him Pajeots, Persoits, Simons, even Tourte.

I think it’s fair to say that 15 years on, I would trust myself to recognize an Henry, though it always helps if there’s a brand! So what do I know now that I didn’t know then?

Looking with hindsight at my lucky Henry, the first clue was that the underslide was held to the frog with iron screws. These can often be pretty rusty, and in my innocence I just dismissed the brownish mess without understanding that it was unusual. 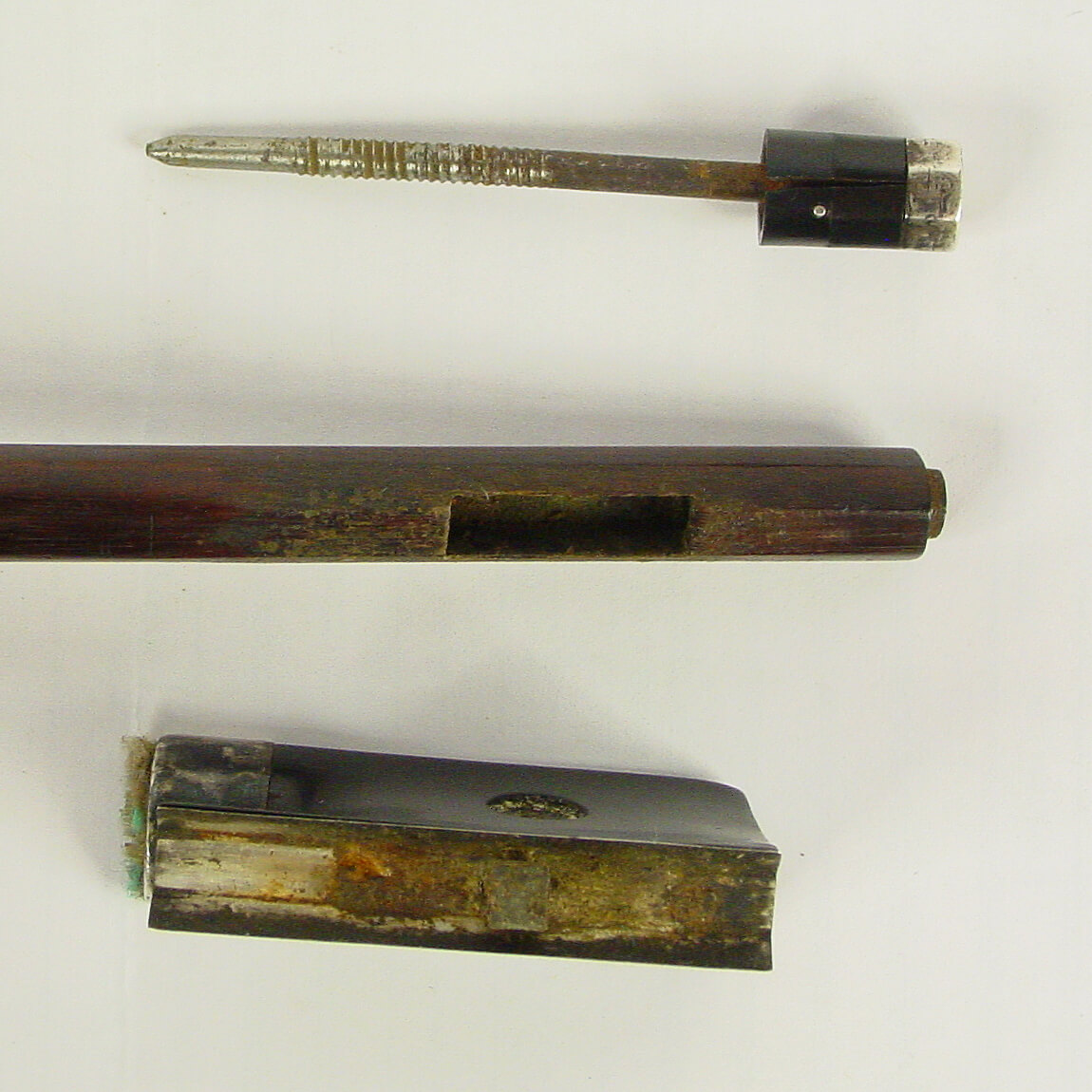 The second clue was the fact that some of the silver was missing (the back plate and the inner ring of the adjuster). Once again, easy to write off, but actually a sign – most of the Peccatte school makers used very thin silver, which doesn’t always stand the test of time. 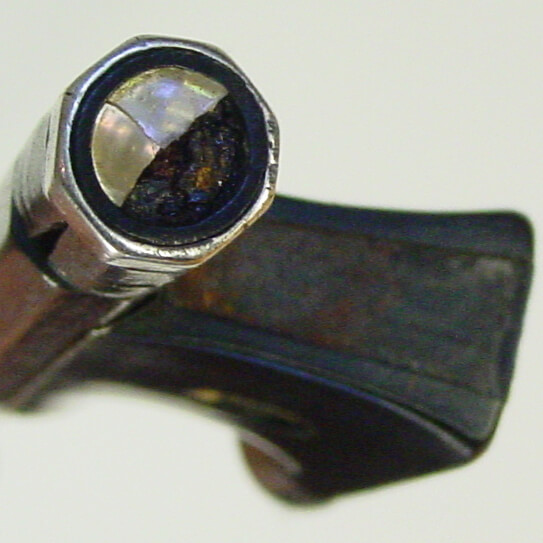 Then there was the wood with its tight diagonal striations – I was so unused to great Pernambuco that I actually though someone had tied string around the stick. To my untutored eye it just looked weirdly bumpy.

There are other features of the Peccatte school makers that we learn to recognise – for example that the cross-section of the stick is thickest at the handle, the head chamfers are generally bold and open and if the button is original, there’s a specific geometry which becomes pretty familiar, though distinguishing between the various makers of the period can be a challenge. 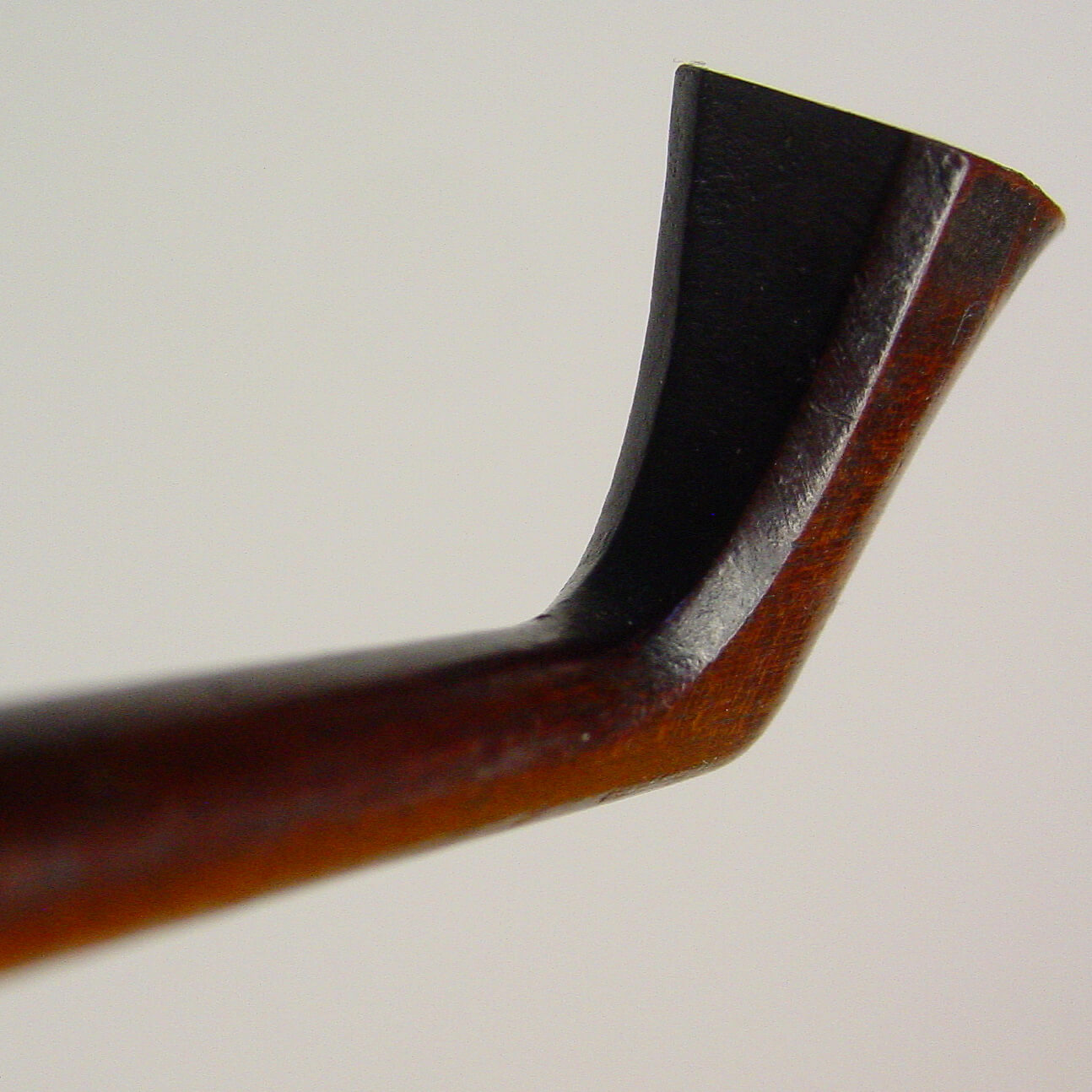 But amongst the Peccatte school, Henry is unique in a way that I found hard to define. This was recently summed up for me by a friend and fellow bow nerd – “it just looks like a bow should”. A great line, and I use it regularly, uncredited of course.

What he meant was that an Henry is devoid of affectation – in its lack of stylistic business we find ourselves left with something which is simply a bow.

By contrast a Dominique Peccatte head looks overly meaty, a Simon looks soft and droopy, a Maire looks pointy and slightly alarmed … and when you look at the throat of an Henry frog, we see a simple and graceful curve where the ferrule and the thumb projection balance each other – no wacky curves or sculptural lines.

As one of the makers employed by Vuillaume, we know a good deal about Henry’s life – he died in 1870 at the age of 46, at an age when many bowmakers are coming into their prime. From the early 1850s he was independent, and he clearly enjoyed great success – his bows are almost always made with fine materials, most spectacular are the “painer fleuri” bows he made for Gand.

Further evidence of Henry’s success can be seen in this remarkably blingy desk which now takes pride of place in our showroom here in Wells. One day Anna was trawling “Henry a Paris” on Google, and there it was – an antique dealer in Norfolk had bought the entire house contents of a deceased French professor who had moved to Norfolk 50 years earlier, and here was this desk, virtually unused and wrapped in plastic dustsheets. 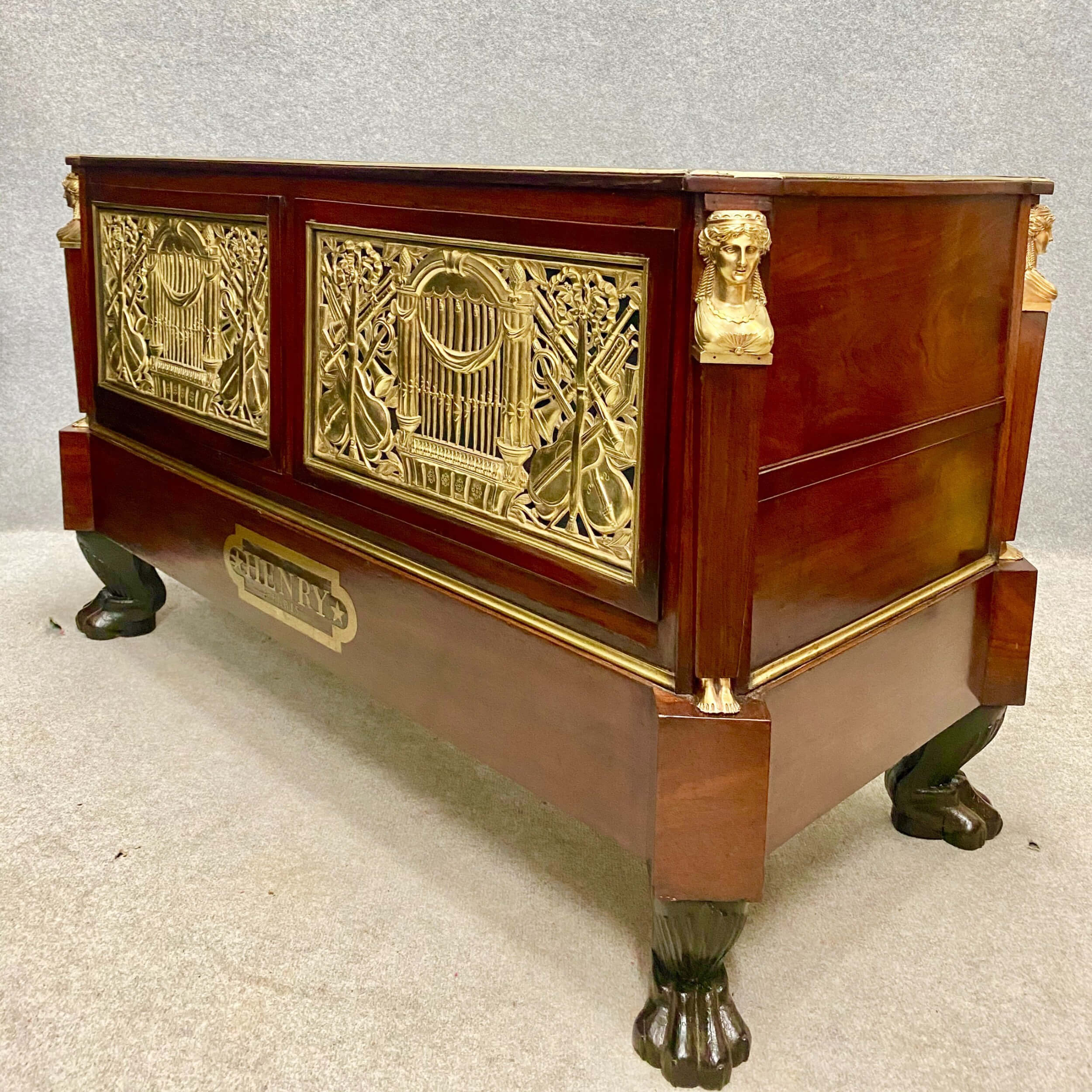 An absurd piece of Second Empire glitz, it must have announced in no uncertain terms to the Parisian musical fraternity that “Henry has arrived”!

Interesting to reflect on the contrast between this piece of grandiose shop furniture and Henry’s personality as a bow-maker, which was so restrained and modest. Even though he worked on such elaborately ornamented bows, his essential style is unadorned and minimal, and his brand is surprisingly small. In fact one of his brands has to be the smallest in existence …

Over the last ten years or so we have sold some very beautiful Henry bows, and each one has a special meaning for me. Without that first lucky find which opened so many doors, would I ever have become a bow dealer? Truly a magic bow…

Currently for sale by Joseph Henry