We’re enjoying this book, especially the account of the journey made by trees cut for violin tone-wood from the Dolomites in northern Italy, floating down rivers to Venice and then back up the River Po to Cremona. It’s an entertaining read, and Helena’s study of sources in the original Italian make some fascinating accounts accessible to English speakers – I love the story of a wedding banquet in 1529 which had music themed to each of the eighteen courses. The sturgeon was heralded by trombones while artichokes and oyster pies were accompanied by a lopsided arrangement of a viol and three bagpipes. It is typical of Helena’s wide-ranging style that she chose to include a description of the feast even though there were no violins in attendance, as they hadn’t yet been invented.

However, the adventure in Italy is entirely Helena’s, rather than the violin’s, as it’s clear that she knew from the start that it wasn’t Cremonese and there is no evidence that it has ever even been to Italy. She is outraged that an un-named but respected dealer had assessed it as worthless, but doesn’t explore the interesting complexities of the financial value of violins versus their value as musical tools. On the final pages Martin makes an appearance, making a conclusive identification of the violin as Markneukirchen and probably by Christian Wilhelm Seidel.

From the moment she hears Lev’s violin for the first time, Helena Attlee is captivated. She is told that it is an Italian instrument, named after its former Russian owner. Eager to discover all she can about its ancestry and the stories contained within its delicate wooden body, she sets out for Cremona, birthplace of the Italian violin. This is the beginning of a beguiling journey whose end she could never have anticipated.

Making its way from dusty workshops, through Alpine forests, cool Venetian churches, glittering Florentine courts, and far-flung Russian flea markets, Lev’s Violin takes us from the heart of Italian culture to its very furthest reaches. Its story of luthiers and scientists, princes and orphans, musicians, composers, travellers and raconteurs swells to a poignant meditation on the power of objects, stories and music to shape individual lives and to craft entire cultures. 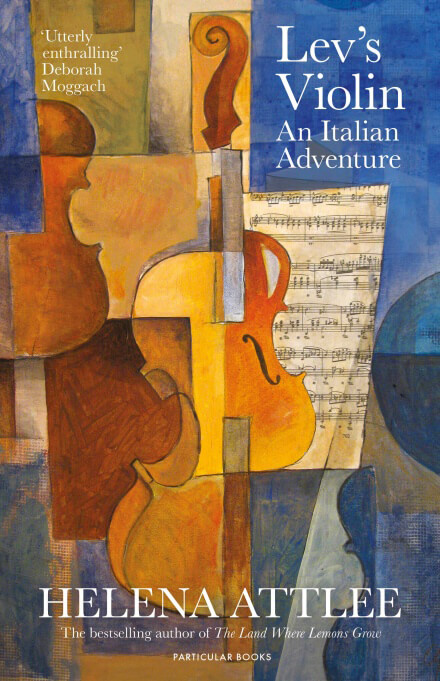