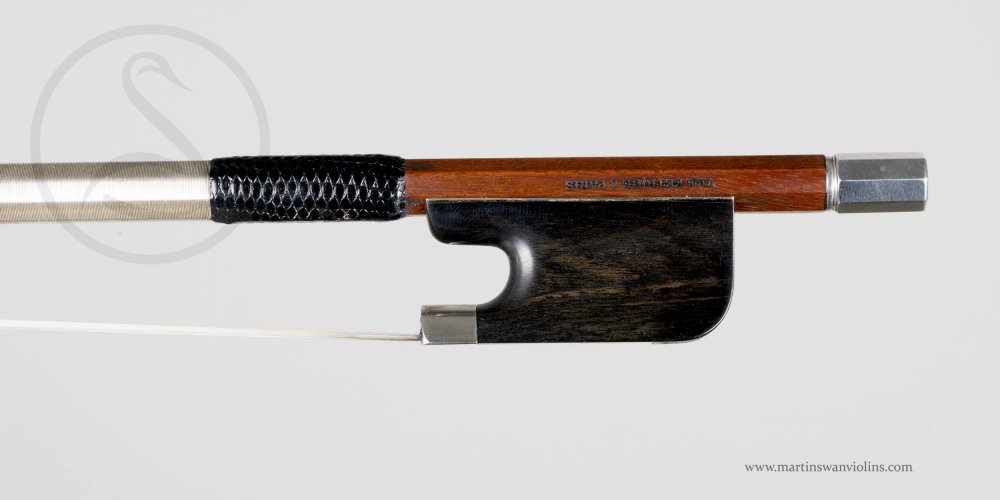 Paul Weidhaas is one of the most respected of early 20th century German bow-makers. Here we have a fine cello bow made in the French style, and in unusually pristine condition.

Weidhaas was a deeply committed maker who worked with various European firms, ending up in the workshop of Victor Fétique. He was heavily influenced by Fétique, to the extent that he continued making Fétique bows even after returning to Markneukirchen, complete with authentic stamps!
This is just such a bow – it may or may not have been sold through the Fétique shop, but it should really be seen for what it is, a very fine German bow by a talented maker.

The round section stick is of reddish-brown pernambuco, mouts are silver and ebony. The condition is excellent throughout.

Have a look at our other cello bows.