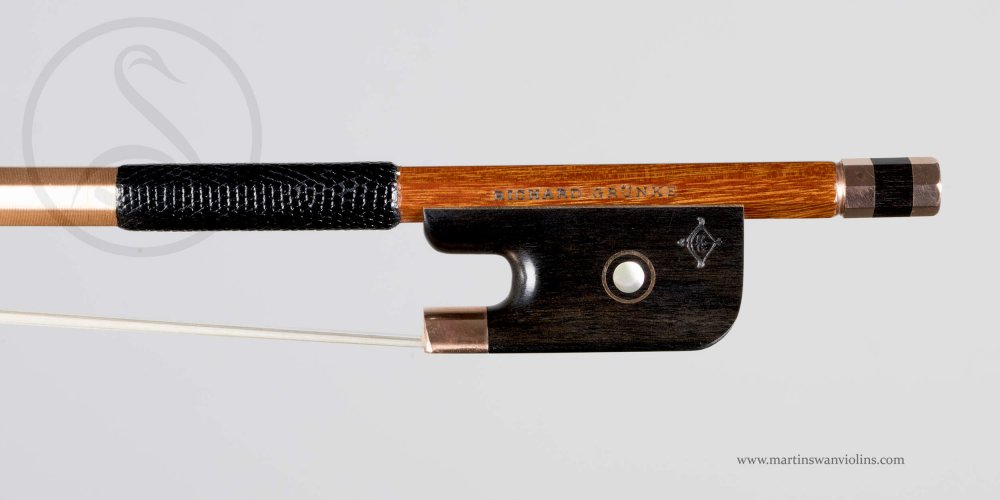 An exceptional gold-mounted bow in unused condition by one of the most esteemed German makers of the 20th century.

Along with Hans-Karl Schmidt, Richard Grünke and his two sons Klaus and Thomas have dominated German making “post-Pfretzschner”. Grünke himself was born in Poland, and apprenticed with Edwin Herrmann, then worked for HR Pfretzschner, Roderich Paesold and Alfred Leicht before setting up his own highly successful studio. His bows are very distinctive, with the emphasis on power and versatility.

This example is typical of his highest quality of work, and is in mint “as-new” condition. The stick is of octagonal section orange-brown pernambuco, mounts are gold and ebony.

We have two almost identical Grünke cello bows – although both are in unused condition, this one is more recent and slightly heavier than the other.

Look at other photos of another Richard Grünke Cello Bow