Review of Violins by Named Makers

As a part of my business I spend a good deal of time at auctions and in violin shops, and I make a point of playing every violin which is in playable condition. I’ve got into the habit of writing down basic observations about violin tone. I started collecting this information just for myself – as a way of building up a picture of the tonal qualities of violins made by different makers. I decided to put it on the website because it challenges all the received wisdom about what’s a “good violin”.

I have to point out that many of the instruments one meets in
auction rooms are poorly set up, the strings can be old, and
sometimes there are other problems. But I take these factors into
account – I make a judgment about how far off its ideal set-up any
particular instrument might be. And if the set-up looks good, I
assume that minor changes won’t essentially alter its character.

I try to play the instruments before looking at the label, the
catalogue, or the estimate, so that I’m not prejudiced by the price
tag – sometimes this isn’t possible (for instance Tarisio arranges
its instruments according to value), but often I have a friend or
colleague who holds the catalogue and keeps that information to
him/herself!

I should also point out that my idea of good tone is subjective,
but I do have consistent criteria and they are by and large the same
as any professional player’s. A great violin is one you find
yourself making great music on!

I suppose the constituent parts are generally (and not in order of
importance):

With a good violin the tone doesn’t seem to come from anywhere in
particular, you feel yourself to be part of it and it to be part of
you, and the sound occupies the space you’re playing in. I’d say the
greatest testament to a good violin is that you forget about it –
same with bows. With both violins and bows, a good tool immediately
opens up the possibility of better musical ideas & forms of
expression. I suppose this comes down to a general rather nebulous
quality of “responsiveness”.

As for determining whether one instrument is superior to another,
it comes down to the quality of relaxation I experience when playing
the instrument. The more relaxed you feel, the more you can
communicate.

I confess to some idiosyncrasies – I’m not overly bothered about
sonorous G strings, I like very loud violins, and I’m very fond of
new violins.

Most experienced players with some technique share these
ideas/ideals. Learners have a rather different agenda, as good
articulate response is often the last thing they want!

Here’s a really good account of tone/playability by someone who’s
handled a lot of the best instruments in the world, Michael Darnton.
He seems to define it in exactly the way I do, though he claims only
early Cremonese violins have these qualities! 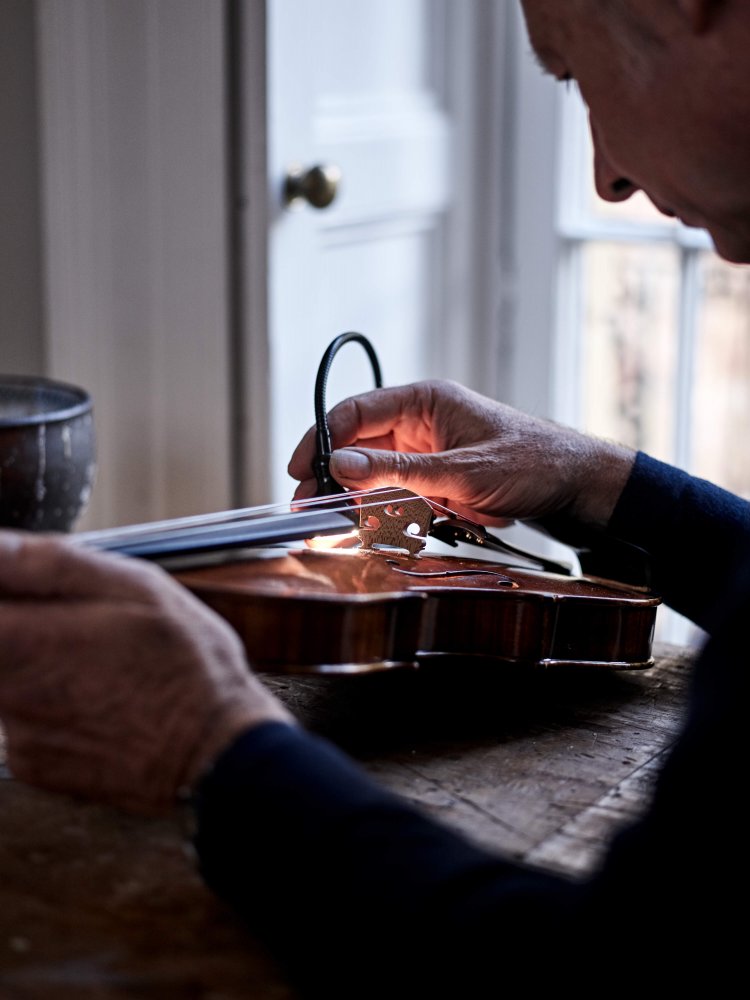 look at our new arrivals