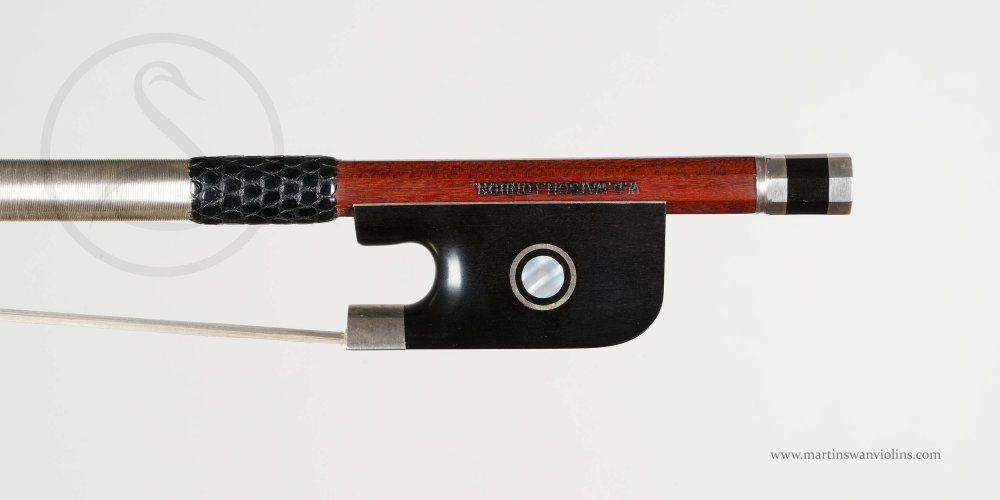 Bill Watson (1930-2018) was a much loved elder statesman of British bow-making. This fine cello bow was made some 20 years ago but has remained unused until now.

Bill Watson joined the Hill workshop in 1945, briefly became workshop manager in 1961 and then set up as an independent maker in 1963. His work is steeped in the Hill tradition, but he also cultivated his passion for French bows, and we can see a strong Peccatte influence in this cello bow.

The stick is of round section orange pernambuco with a strong random figure, mounts are silver and ebony.

The condition is as new.

Look at other cello bows like this William Watson Cello Bow